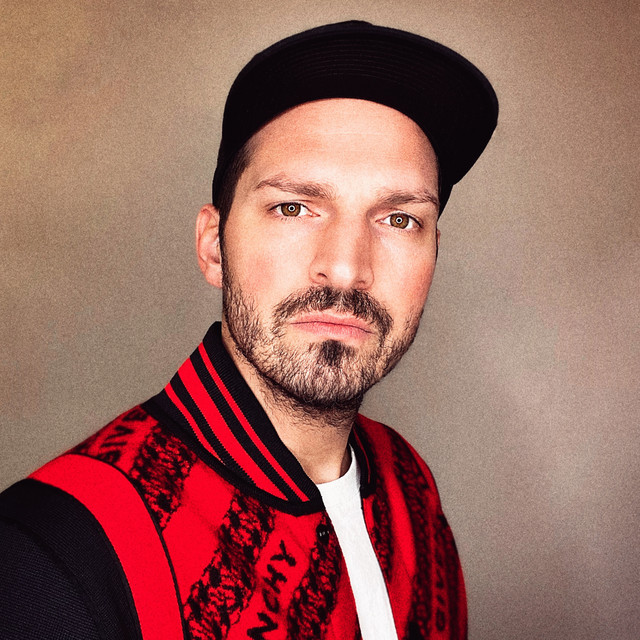 DJ Teddy-O Biography „DJ OF THE STARS“ – nobody better matches this title than DJ Teddy-O. But how did he get this title? At 15 Theo already bought his first turntable, and he didn’t have to wait long for a second as well as a mixer. From here on Teddy-O spent hour after hour in front of his turntables, practicing mixing, scratching and beat juggling and every minute his enthusiasm for the broad field of turntablism grew. Meanwhile the Cologne resident calls the world his home: New York, Amsterdam, Moskow, London, Dubai, Vienna, Bangkok, St. Tropez, Ibiza, Miami, Paris – just to name a few of the cities where he has worked up an excellent name over the years. Because DJ Teddy-O isn’t just the “DJ Of The Stars” but as well as a DJ of the world. At every celebrity party the Cologne resident acts as the dancefloor-filling clock giver and determines the musical route – whether at the European Music Awards (EMA’s), the Echo Awards, MTV Awards, Rock Am Ring, 1Live Crown, Comet awarding or the legendary pre-/after parties of the Formula 1 races in Monaco. Since 2004 he’s a celebrated resident at the VIP Mekka at PACHA at the party island Ibiza and shared the stages of the world with every large caliber artists of the urban music scene such as Jay-Z, Missy Elliott, Beyonce, Tyga, Kendrick Lamar, Trey Songz, Snoop Dogg, Sean Paul, Ja Rule, Destinys Child, Pharrell Williams, Fat Joe, Big Sean, Timbaland, EVE, Flo Rida, Will I Am, Nelly, Justin Timberlake, Trey Songz and many more. Even the German Soccer National Team doesn’t manage without the musical know-how of the Rhine-Lander and so exceptional athletic talents such as Mesut Özil, Sami Khedira and Lukas Podolski like to regularly engage DJ Teddy-O for their private parties and motivate themselves in their preparation phase, in their cabin or MP3-Player with individual mixes of their friend Teddy-O, but specially with the song “ALLE MANN”, that Teddy-O produced for the national team for the European championship in 2012. DJ Teddy-O put on the right music at the victory celebration of the German National Team in Rio De Janeiro 2014. Upon special request of the players he was flown to Brazil to the final game and got his personal invitation from Oliver Bierhoff and he was DJing and rocking the official World-Cup-Victory-Party in Brazil. Bayern Munich champions celebrations, DFB pokal finals and fan-walks in Paris for the Euro-Cup 2016 at the Eiffel-Tower belongs to Teddy-O’s highlights. He additionally not thrills his audience in clubs and discos with his mix of R&B, Hip Hop, Dancehall, Funk, Rock, House, Electro but also at fashion shows and scene events for brands like Hugo Boss, Armani, FHM, Playboy, Fashion TV, Hustler, Ferrari, Vanity Fair and many more. He not only appears regularly on German TV and radio but has meanwhile become a welcomed guest internationally. Since january 2016 is DJ Teddy-O the first official DJ and „Friend Of The Brand“ for this exclusive watch manufacturer. After partnerships & ambassadors like Kobe Bryant, Jose Mourinho, Bar Refaeli, Usain Bolt, Dwayne Wade, Pele, Ferrari, Paris Saint-Germain, Juventus Turin, Bayern München, FC Chelsea, Dallas Cowboys, Fifa World Cup belongs now DJ Teddy-O to the Hublot family. During the Euro-Cup 2016 works Beats By Dre with DJ Teddy-O. He is official sponsored by Beats and he is the DJ face for Germany. Since 2016 is DJ Teddy-O CEO & Founder of his own Record Label HYPED Tracks Records. HYPED Tracks is a division Of Universal Records/Chapter One. Furthermore he is not only the only officially sponsored DJ outside of the USA by trendy fashion labels such as Jay-Z’s ROCAWEAR and the fashion label FAMOUS by Travis Barker (Blink 182), but also produces sensational remixes and songs for Hip Hop luminaries like Kanye West, Rihanna, Akon, Lady Gaga, Shaggy, Snoop Dogg, Sean Paul, Dizzee Rascal, Kelis that went around the world. The international DJ scene can’t pass by the official singles of DJ Teddy-O’s club hymns feat. Ying Yang Twins, Ron Browz, MIMS, Ce’Cile, Petey Pablo, Red Cafe or Million Stylez. To make a long story short: DJ Teddy-O has arrived at the very top and skillfully builds a bridge between celebrity galas and after show parties, fashion events and big festivals, concerts and credible club gigs. He has succeeded to build a career on his unbreakable passion for music. He made his passion to his profession.