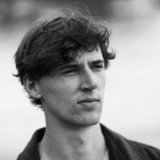 After a decade of producing Pandreas is keeping the Norwegian leftfield house tradition alive. Starting out as a relatively unkown figure in the Norwegian dance underground, Pandreas has left his mark on the electronica scene in Norway. Starting self-releasing in 2012, Pandreas released a series of highly acclaimed EPs over the next few years, becoming an increasingly well-respected producer and remixer for his beautiful soundscapes. His EP called ‘Slam Jam’ on Huntleys + Palmers sub label Belters, is a testament for his true innovative productions skills. Recent years has seen him experimenting with Norwegian leftfield house and disco soundscapes on Full Pupp, and edging back towards his tender, melodic and sensitive origins on Mhost Likely.