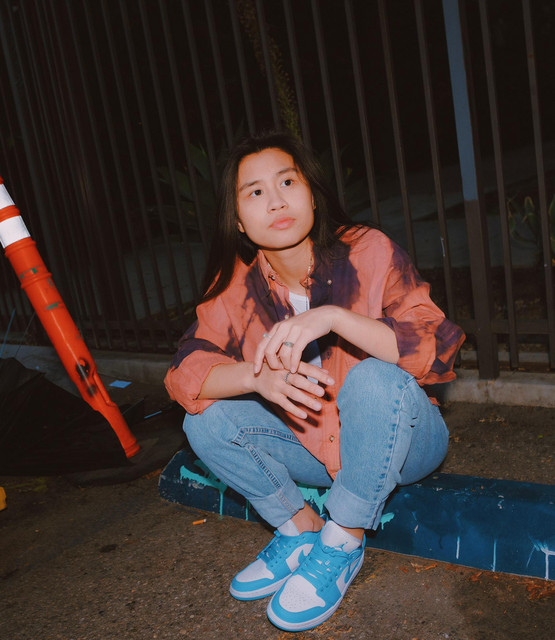 19-year-old Southern California native Emily Vu has amassed over 1.4 million unconditionally passionate TikTok followers and has signed with ​White Rabbit Records, while using her platforms to bring awareness to social justice, LGBTQ rights. Following her successful first release of “​What Happened, Happened​,” receiving well over 2 million streams on Spotify, Emily continues to use her bubbly personality and musical abilities to win over the hearts of the Internet with features and interviews via Billboard, EARMILK, LADYGUNN, and more. At the end of 2020, Emily dropped Found, the postlude to her debut Lost &, a project that goes through the process of self-discovery and confidently showcasing vulnerabilities in a way that makes others feel less alone. The project features “Self Love” and “NY”, altogether accumulating over 390K streams on Spotify, and is a collaboration with multi-platinum collective Nasri Atweh, Simon Wilcox, and Sir Nolan. For her upcoming single, “Mad At Yourself”, Emily notes that the track is “about the type of people that always blame someone else. They never own up to their own mistakes and the people around them have to deal with those consequences.”