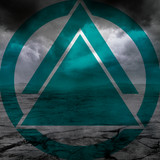 Specializing in a propulsive and hard-to-shoehorn mix of searing alternative metal and experimental rock, Aussie band Twelve Foot Ninja fall somewhere between the decibel-pounding onslaught of bands like Periphery and Between the Buried and Me, and the kitchen-sink eclecticism of Mr. Bungle. The band released a flurry of singles and EPs between 2008 and 2011 before issuing their debut long-player Silent Machine in 2012 and rereleased in the US in 2014. They won a string of awards including BEST NEW TALENT at the US Golden Gods Awards, toured heavily but eventually returned to the studio to begin work on album number two. The resulting Outlier dropped in August, 2016, and quickly shot to top of the Australian Album Charts and garnered impressive sales around the world particularly in the US. Later that year they were nominated for an ARIA Award for Best Hard Rock album. They recently started releasing new content from their forthcoming 3rd album due sometime in 2021.