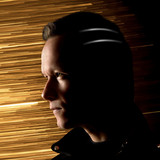 Polish composer of symphonic, chamber and film music. He often combines orchestral cast with electronics and ethnic instruments. His music is performed by Polish and foreign musicians (Berliner Philharmoniker, Polish National Philharmonic Orchestra). As a director and producer, he created such multidisciplinary projects as “Elements”, “Phoenix Cities” and “Violemi”. “Elements” is the project combining music and ecological education. During the premiere the philharmonic symphony orchestra also played on instruments made of garbage. He invites scientists to make the educational activities accompanying the project. His fantasy opera “Violemi” combines elements of opera, musical and film music. Entire world was created especially for the project. His piece "War Horns" was performed at the Warsaw Uprising Museum as part of the "Phoenix Cities" project, that combined music and history. The album "War Horns" was included on the list of "Album of the Year 2018 - Classic". He is the author of symphonic pieces which was presented during the European Football Championships Euro 2012 and at the opening ceremony of the largest tourism trade show in the world ITB in Berlin.