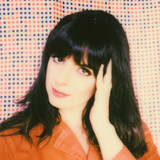 Devotion to music has driven Spacemoth’s Maryam Qudus—a performer, composer, and now sought-after producer—for as long as she can remember. At age twelve, she traded chores for guitar lessons; at sixteen, she took on after school jobs to pay for voice lessons, learning to drive so she could take herself to both. Qudus is the first-generation Afghan-American child of working-class immigrant parents, who she describes as encouraging, but apprehensive about her earliest creative pursuits. "Being a female musician was not common in the Afghan & Muslim community; I knew if I followed my dreams, I could start breaking cultural barriers—both Afghan and western". Engineering & producing has taught Qudus a lot about what kind of music she wants to make; studio tricks picked up from clients like Toro Y Moi, Sasami & Tune-Yards gave new inspiration for her own arrangements. First single “This Shit,” with deadpan delivery, eerie harmonies, and octave-jumping synths was written after the election of “the idiot president,”. Overwhelmed and broken by the hopelessness of the country she lived in, she wondered, as the chorus goes, “When is this shit gonna end?”. As she continues work on Spacemoth’s first album, she’s excited to take her years behind the boards and apply that experience to her own imaginative songs; favoring vintage synths like the Yamaha CS50 and Korg Polysix alongside tape manipulations, creating unpredictable, stretched out, and springy sound beds.