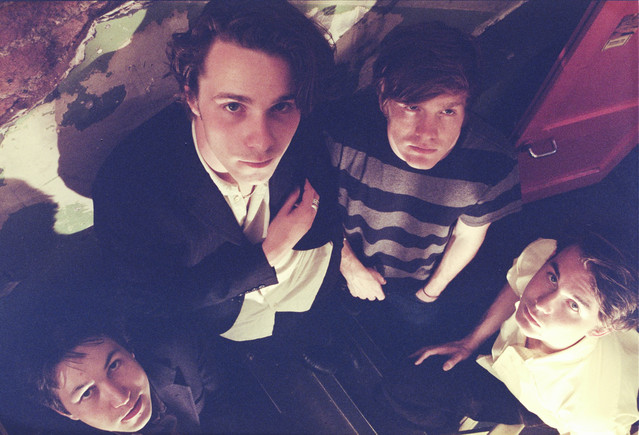 Borrowing equally and freely from punk, garage rock, and psych, London's Palma Violets feature bassist/vocalist Chilli Jenson, guitarist/vocalist Sam Fryer, keyboardist Peter Mayhew, and drummer Will Doyle. In 2010 a chance meeting between school friends Fryer, Mayhew, and Doyle with Jenson at the Reading Festival compelled them to form a band after becoming disillusioned by the lack of meaningful and emotive music on offer. It was in 2012 when things began to take shape and this coincided with their residency at Studio 180, a cheap, repurposed house in Lambeth, London. This was a hub of creative minds, from artists to photographers, where Palma Violets were able to produce their sound in the company of like-minded people, and afforded them the freedom to craft their music. The ramshackle nature of their rehearsals and the increasing audiences attending their live performances in a sweaty room in Lambeth created a buzz that eventually alerted A&R bosses at major labels to the band's talents. After much vying for their signatures, the band signed to indie label Rough Trade. Their first studio work came late in 2012, when single "Best of Friends" was released and subsequently named NME's number one track of the year (it was also nominated for an Ivor Novello Award in 2014). Hype swirled around the band as its debut album, 180, produced by Pulp's Steve Mackey, was released in early 2013. After Palma Violets finished an exhaustive touring schedule, they regrouped on a Welsh farm as they wrote new songs. When it came time to record, the band drafted John Leckie -- best known for his work with Radiohead and the Stone Roses -- to produce his first rock record in eight years. The more polished but still fiery results were Danger in the Club, which arrived in May 2015. ~ Scott Kerr, Rovi