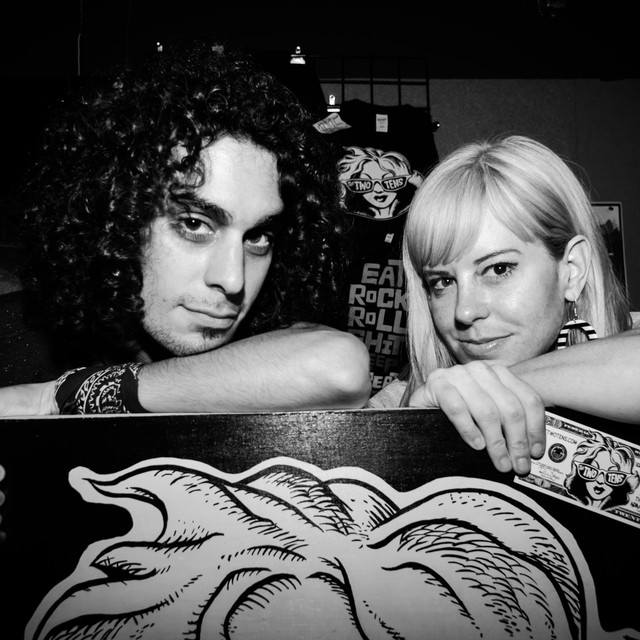 The duo known as The Two Tens are set to release a split EP with punk rock legends, The Queers, on ProRawk Records (USA) & SBAM (Europe). The 4-song split comes out on 9/18/20 and includes 2 brand new recordings from each band. The Two Tens have racked up a lot of accomplishments since the release of their first EP, Volume 1, including three additional EPs, the full-length LP Volume, four US tours and a run through Italy and Spain. Not to mention that the 12-song Volume album yielded 7 fully-realized videos, all made on DIY budgets funded solely by the band, as was the production of the first album. Made up of Adam Bones on guitar/vocals and Rikki Styxx on drums/backing vocals, the duo’s DIY pursuits were funded the old-fashioned way: hard work, playing local gigs and selling handmade custom merch. After releasing their four EPs digitally, the band spearheaded a very successful PledgeMusic campaign to release the full-length on CD, so impressing Man Della Records in the process that the label stepped up to release Volume on 12-inch clear vinyl. Since then, The Two Tens have signed with Man Della, and released their second album, On Repeat, on 8/18/17. For On Repeat they tracked 3 songs in Minneapolis with producer John Fields (The Dollyrots, Andrew WK, Pink), including “Keeping Hope Alive,” the lead-off single released on 2/10/17. The LP was finished in Los Angeles with the Volume team of producer Bruce Duff and engineer Paul Roessler, with Fields mixing.