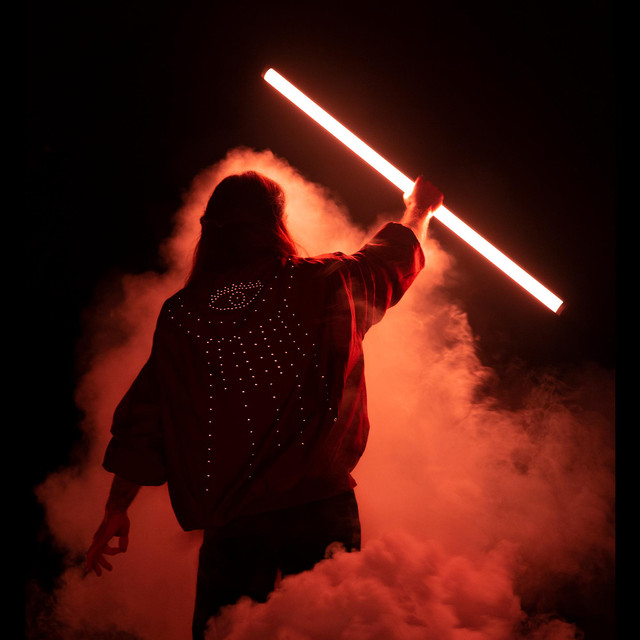 Al Maari (Florent Maaratié) is the descendant of the great controversial poet "Abul'Ala Al Maari" - an Arab literary figure of the Middle Ages. He was born to a French mother, and a Syrian father who was once a theatre director in Aleppo, but ended up in Paris after having to flee Syria for directing plays with anti-regime political views. Marked by a tumultuous past, the father of the family chose not to pass on his native language to his son. But the presence of his origins never faded. Cradled by Levantine music and the culture of his ancestors, Al Maari set out on a quest for his Arab heritage. As the son of an immigrant, Al Maari draws from a rich well of sonic influences to create music that reflects his identity. An experimental singer and multi-instrumentalist, he mixes the familiar electronics of Alt Pop and Neo R&B with traditional Arab instruments - such as the Saz - which bring a unique life to his art. In a perfect balance between East and West, tradition and innovation, rock energy and pop sensibility, Al Maari's irresistible recipe lies… Think M.I.A and Glass Animals on a desert jaunt, off to have tea with Touaregs. Inspired by Indian speaker Krishnamurti’s spiritual philosophy, the lyrics of this first opus are based on humanism, focused on the living and the environmental crisis of our modern world.