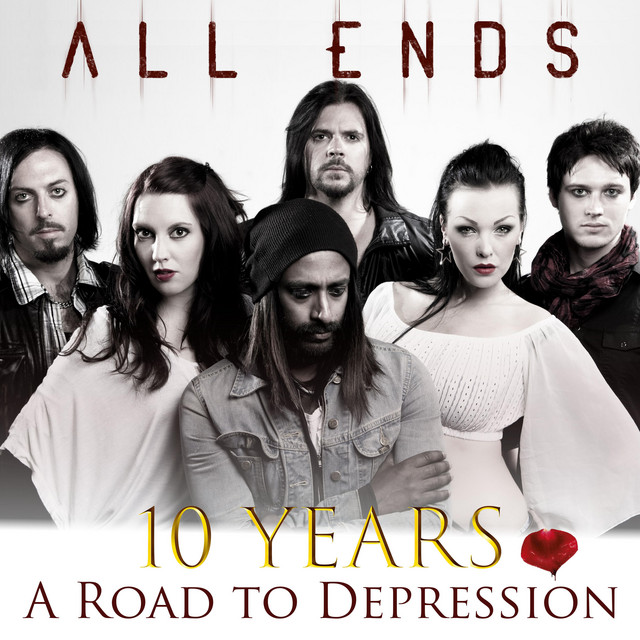 Founded back in 2003 as a side project of In Flames guitarists Björn Gelotte and Jesper Strömblad featuring Björn's sister Emma, All Ends soon turned into much more than just a project. After both had quit their duty as active / touring musicians for ALL ENDS, the band got signed to GUN in 2006 and released the top ten MCD Wasting Life. Further in their young career, the band soon released their first album All Ends and toured with the likes of big players like Edguy, After Forever, OOMPH! among others. ALL ENDS soon gained fanbase not only in their homeland but also abroad resulting in a chart entry on position 10 in Japan. Enter 2009, Emma dropped out due to family business but soon welcomed Jonna Sailon to their fold. Later that year, the band hit the studio and within a month, Joey, Tinna and Jesper produced enough demo content to prepare. With Robert Laghi, writing, pre-production and recording all took place at IF studios in Gothenburg, Sweden. The band worked tirelessly for nearly five months to create A Road To Depression. No one could put it better than the band themselves: "The new ALL ENDS album is our way to show just how broad music can be, and how it can move you in so many different ways. And writing this album became an important task and we gave it our all. A lot of heart, love and soul. A lot of tears, anger and sometimes ignomity for mankind. But most of all honesty. Honesty is the right word to summarize the second album from ALL ENDS."