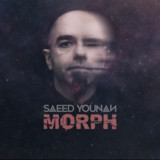 A world class globe-trotting DJ, a recording artist, a sought-after remix producer, and head of his own record label (Younan Music), Saeed Younan has excelled as a true artist in the global dance scene. As a DJ, Saeed’s performances are renowned for his technical abilities and precision. He effortlessly weaves and morphs tracks together into a seamless blend of house and techno. Enhancing his music into a warm and sexy vibe, while building momentum by allowing the music to ebb and swell. As DJ MAG puts it "Saeed Younan is one of the few DJ's that really know how to serve it up well". No surprise why Carl Cox chose Saeed as his goto DJ to open for all his US tour dates, including his Las Vegas residency (2014 & 2015). Carl Cox also invited him to play his arena in numerous festivals, including EDC Las Vegas, Ultra Miami, Electric Forest, Escapade Canada, Digital Dreams Canada, and the legendary closing of SPACE Ibiza final chapter (September 2016). In testimony to his worldwide appeal, Saeed was nominated one of America’s Top 100 DJ’s, entering America’s Best Top 50 DJ Poll six years in a row (DJ Times Magazine U.S.A). Beatport nominate Saeed Younan for best tech-house track (Beatport award). He was also nominated for Best Breakthrough DJ at the 2003 Dance Star Awards. As a producer, He's had numerous top 10 singles on Beatport, Traxsource and other reputable download music services.