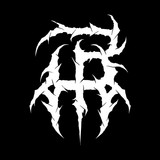 The five members of Death-Metal band Richthammer first came together in 2009 in Waidhofen/Ybbs, Austria. Following their participation in various competitions, one of which they won, the band recorded its first demo, „Gematert Geschunden Verheert“ in 2012 at Fast Forward Studios, Vienna. Following the demo’s release Richthammer have performed at some of Austrias top venues including at Europe’s largest free Music Festival, Donauinselfest as well as for concerts abroad. They also performed with and supported other large acts such as Tyr and Moonsorrow. In 2015 the band made radical changes to its line up, style and image. The now four-piece band has been working since 2016 on their concept-album „Ascheland“ which is set for release under producer Jay Hundert on his Studio Hundert label in March 2018.