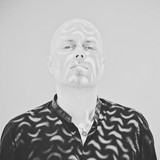 A fascinating musical mind, HOSH crafts alluring sound waves that lift crowds with magnetism. Taking any audience on a galactic trip is no easy feat but after a decade of worldwide touring and dedication to the art, he makes it look simple. It takes time in the game and understanding listeners to attain HOSH’s mastery of matching mood to production. With his German heritage, creative roots in Spain and a resolutely global outlook, HOSH has laid down his melodic marker on the scene, conjuring countless smiles along the way. Residencies throughout Europe and an early membership to Diynamic with Solomun and Stimming provided the perfect catalyst for his music production to reach new levels. In 2020, he collaborated with 1979 on his biggest track so far ‘Midnight (The Hanging Tree)’ [feat. Jalja] which became the #4 most played record of the year on the UK’s primary radio station BBCR1 and subsequently amassed over 40 million Spotify plays to date. Through his relentless pursuit of quality - travelling to the very essence of a sound, capturing transient emotions and sculpting them for dance floors – the foundations have been set to propel HOSH to still greater heights.