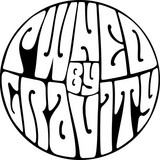 In the wake of British indie bands The Smiths and Arctic Monkeys, Pwned By Gravity were formed in Nyköping, Sweden in 2013. As four guitar-headed boys left school for the last time in their unassuming seaside town, the band crystallised into an idea: They could bring something British, something indie, to their home. Then they could bring something Swedish, something cool, to indie. They immediately won their first live following, achieving a final place in Livekarusellen in early 2014. The next year was one of experimentation and self-searching, culminating in the spiked and reflective debut EP Tunes released in 2015. It was this release that caught the attention of London-based record label ADSRecords who signed the band in 2016, under the management of Alex Dale-Staples and his team. It was in the spring of that year that bassist Tim Licke announced that he would be departing to follow his interests elsewhere. With Mattias Mineur taking up the gauntlet, PBG embarked on their first international tour visiting the Netherlands, France, Germany and Denmark. Continuing ever upwards, Pwned By Gravity headed back to the studio, where they recorded their second EP Time and Time Again A promotional tour incorporating Sweden and Denmark took place ahead of their lead single All My Might, and later the full EP in May 2017.