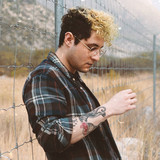 With 6 full-lenght albums and +1billion accumulated streams, Gold & Platinum Records; Jorge Méndez is an Award Winning composer considered one of the most important game changers in the classical music genre.   Born in Monterrey, México, Mendez started his at the age of 13 as a keyboardist for a metal band. Soon after being presented to the world of classical and contemporary music, Jorge would start composing études, nocturnes and symphonies, those first creations turned out to be the start of this career as a composer.   At the age of 18, he had his first project as a movie score composer was done for a Swedish TV Pilot called "Karin's Saga", the project was only released for the internet. Four months later, Méndez released his first album, "Silhouettes" (2013) which featured compositions created from 2010 to 2012. Including one of the most melancholic and popular sad piano piece of this modern era; "Cold" which was a great success within a year of it's official release among contemporary classical music lovers.   The favorable outcome of "Silhouettes" would put "Cold"