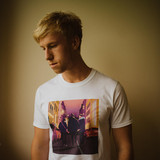 Fintan McKahey is a low-fi indie singer, songwriter, multi-instrumentalist, and producer from Cork, Ireland. An active artist since 2016, his 2019 sophomore EP “God Games” received critical acclaim as did his several 2020 singles, achieving national radio play and press acclaim. He has performed in major venues across the country, including support slots for the likes of The 4 Of Us, The Scratch, Junior Brother, and Roisin O. Though Fintan loves performing, his true passion lies with creating in the studio. Writing and producing from a young age, Fintan creates music that is spacey, chill, and at times experimental and psychedelic, incorporating influences of bedroom pop and trip-hop.

Since the onset of COVID, he has been busy building Ivy Hill Studios. He was also named as a Hot Press Magazine “Hot for 2021” artist, performed at the Hot Press Y&E Series, and did some successful ticketed live streams. “Fintan McKahey is one of those songwriters that touches your heart from the word go” - It’s All Indie blog “Chilled and effortless quality” - Eric Lalor, JOE.ie “Engaging and often hypnotic” - Cougar Microbes, music blog