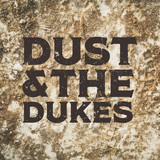 DUST & THE DUKES is a desert rock band. A strong trio rooted in the wild, limitless America with its dusty blues and epic desert imagery. Stoner rock, country, folk, psychedelia and spaghetti western atmospheres are just a few of the elements that originate from the vibrant sound of Dust & the Dukes. The band started in Florence, Italy, in 2016 and is formed by Gabriel Stanza (vocals), Enrico Giannini (guitars) and Alessio Giusti (drums). After the self-produced EP, in 2017 the band won the 29th edition of the Controradio Rock Contest, the biggest independent music contest in Italy. Between 2018 and 2020, they published three singles: “Run”, “Life in a Bottle” and “Secrets in the House” and on January 29th 2021 the heavy blues burst of “Bueno’s” announced the release of the self-titled debut album. Live concerts are the Dust & the Dukes natural ambience. This is why it keeps active even when playing as an opening act for bands like Bud Spencer Blues Explosion, The Veils and Tinariwen. Their first European Tour programmed in spring 2020 had to be interrupted due to global pandemic; it will be reprogrammed early 2022. The band’s sounding dust reveals “DUST STORMS MAY EXIST”. www.dustandthedukes.com