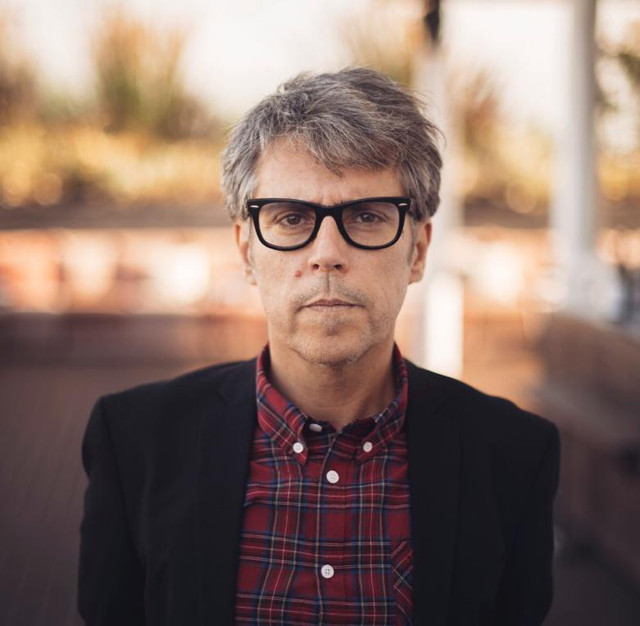 Spanish rocker Iván Ferreiro was well known before embarking on his solo career. For 13 years before striking out on his own he was the vocalist and bandleader for the rock en español staple group Los Piratas. Toward the end of 2003, Los Piratas split, and Ferreiro decided to take a break from professional music. For fun, he and his brother started playing a weekly gig at a pub in their hometown of Vigo. Without any promotion, the brothers' shows were quickly well-attended. They played mainly covers of artists such as Los Planetas, Andrés Calamaro, and Alaska y Dinarama. They began adding in their own material, and it wasn't long before there were enough original tunes to record an album. Canciones Para el Tiempo y la Distancia (2005) generated enough buzz that the brothers Ferreiro soon toured throughout Spain, taking on drummer Karlos Arancegui. In November of 2005, Ivan had the idea to rent a house in Buenos Aires for two weeks with a group of musician friends, and spend two weeks writing completely new material. The project produced a record entitled Las Siete y Media, which was released in October of 2006. The musicians involved took their new material on tour starting in the latter months of that year, performing all over Spain and Latin America. Near the end of 2008, Ferreiro released his third LP, Mentiroso Mentiroso; the first 10,000 copies included a comic book with illustrations of each song from different Spanish artists. By 2010, Ferreiro had really hit his stride as a solo musician, returning with his third full-length album, Picninc Extraterrestre. The following year he recorded his first live album/DVD, Confesiones de un Artista de Mierda, featuring a combination of new songs, collaborations, and fan favorites. In the years that followed, Ferreiro released his fourth and fifth studio albums, 2013's Val Miñor - Madrid: Historía y Cronología del Mundo and 2016's Casa. ~ Evan C. Gutierrez, Rovi