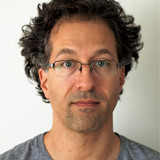 Chris Meyer began his musical career rather late, only taking up the piano as a teenager after his parents brought home a very enticing synthesizer. Despite a subsequent immersion in music, higher learning led Chris to a degree in physics from the University of Toronto. Between labs and lectures he taught himself the foundations of music by studying harmony, counterpoint, orchestration and classical music's greatest hits.

However, his real training as a composer began after university and in an unusual way – as an apprentice in the “musical workshop” of Toronto composer Ronald Royer. Chris’s music has focused largely on the symphony orchestra, with performances by the Stratford Symphony, Mississauga Symphony, Scarborough Philharmonic, Georgian Bay Symphony, Huronia Symphony, and International Symphony Orchestra of Sarnia and Port Huron. Chris had his composition Reflection and Resolution read by the Toronto Symphony Orchestra and had the National Youth Orchestra of Canada premier Hope: The Gift of Youth as part of their concert tour to Portugal. His most recent project is his first string quartet Dusk to Dawn, preformed by the Odin quartet. To learn more about Chris and his music, please check out his website: www.meyercreations.com/music.