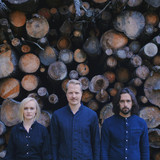 Inspired by film, photography, art, and the climate in its home country of Finland, Husky Rescue was formed by Marko Nyberg in 2002. Nyberg went under the name Husky Rescue while recording the debut record with about 20 musicians and singers. Country Falls, an ambient pop collection with subtle hints of country, was released internationally on Catskills Records in October 2004 and in the United States on Minty Fresh in spring 2005. In order to play live, Nyberg added Reeta-Leena Korhola (vocals), Ville Riippa (keyboard), Anssi Sopanen (drums), and Miika Colliander (guitar). In addition to a touring gig with Morcheeba in the U.K., March 2005 saw the group playing its first show in the U.S. ~ Kenyon Hopkin, Rovi