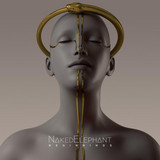 Josh Royse, Mikey Tucker and Taylor Hatty have spent years honing their quixotic alt pop/rock hybrid sound in the Las Vegas bars, casinos and festivals between downtown and that infamous global vein known as ‘The Strip’. Cultivated by the scenes of Downtown’s snarky street art and venues full of sharp audiences who thrive in the vortex of abundant creation that is Vegas, this trio of sonically adventurous cosmic heretics dodged the quick witted strippers with powdered noses and crystallized their creative triangle as a global bound pirate ship with a simple mission: to shine a light on the kings and their kingdoms – to expose the giants with the light of the sun; so they called themselves Naked Elephant and began bridging the gap from pauper to paper, from kingdom to the coming, singing hallelujah and mixing their sonic and visual stories to a decadent blend, recalling the likes of INXS, Imagine Dragons and MGMT. Naked Elephant’s is music for neon lights and fresh believers, set to break free of its chains and thrill audiences all over the world.