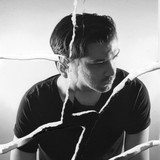 Jackson VanHorn got his start as a founding member, songwriter, & multi-instrumentalist for the band TV Ghost. With TV Ghost, VanHorn toured extensively throughout America and Europe, alongside bands such as Holograms, Preoccupations, Metz, & others. It was during this time that VanHorn was also a frequent collaborator & backing musician for other artists (including Pink Reason, Zola Jesus, Dead Luke, & Circuit des Yeux). VanHorn began his venture into the solo realm in 2014 with an EP under the moniker Crossed Eyes. The moniker was soon shed & he embraced his given name. The first single under Jackson VanHorn "Arcane" was released in late 2016, followed by a tour with Death Bells in 2017. In winter 2018, VanHorn released Blood and the hvn EP in 2019.  Jackson VanHorn draws inspiration from not only the world around him, but also from film, literature, & visual arts. Musically, VanHorn channels an array of influences; ranging from Leonard Cohen, to the politically charged post-punk of The Sound, to the sonic landscapes of Ryuichi Sakamoto. With the new album, After The Rehearsal, (and the accompanying After The Rehearsal Reworks EP), Jackson VanHorn is at his most visceral & musically cinematic, galvanized by existential awareness in a drowning world.