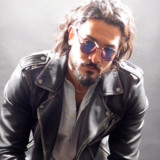 CHEBO is a French composer, mixing engineer, producer and disc jockey. Also guitarist, bassist, drummer and pianist, he has performed with his previous band “Independant Square” on several Parisian stages such as the Alhambra, the Trianon, the Scène Bastille, the Batofar, or the Gibus amongst others. In 2011, he obtained the title Emergenza of the best bass player in France. Also passionate about electronic music, he is particularly inspired by electro house, tech house and progressive house. His style is eclectic and innovative, the young producer strives to surprise by breaking codes and genres. Self-taught musician, he left his promising career in finance to fully express his passion. From private banks to nightclubs, CHEBO chose to live for the love of music. After rising to popularity by releasing his catchy track ‘Jiggle It’, he has been on a roll and has gone on to put out one hit song after the other. The infection ‘Tonight’ has been shared by Spotify in the “Groove Theory” editorial playlist and already hit the 500,000 streams mark. Supported by The Supermen Lovers, this artful yet full of rhythm dance song is structured sophistically and offers an addictive classic disco vibe. His music has also been played on FM radio stations in various countries including France, UK, USA, Canada, Argentina, Nigeria, and Japan. CHEBO currently performs in clubs, festivals throughout Europe and in his hometown of Paris.