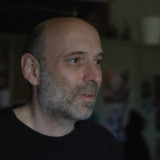 Indie Folk / Chamber Pop / Singer-Songwriter Silver Birch melds the cornerstones of his musical identity to a world of soothing song-lines that evoke names like Ben Howard, J. Tillman or Bon Iver. In Silver Birch’s songs, slow drums, wavy guitars, and lush 70’s synths & string-machines set the scene in the realms of indie-folk and alternative-rock. As a singer, Lerjen is not afraid to show his vulnerability, but nevertheless unmistakably claims his right to be heard. He contemplates about the hardships we face and our shortcomings as humans, but there’s always a grain of hope to be found in his songs. Lerjen was strongly influenced by the female perspective of his early bubble of cousins, 7 girls and him as the only boy. In that spirit, as a singer, he was mainly moved and inspired by female artists like Feist, Joan As Police Woman, Julia Jacklin, Sophie Hunger or Big Thief’s Adrianne Lenker. As a guitarist, Lerjen’s biggest influences were Bill Frisell and John Abercrombie (he originally studied Jazz-guitar), but he then started to be drawn to the more folksy guitar stiles of Feist, Madison Cunningham and José González. For years Lerjen had been writing, playing and producing songs for colleague singers, but more and more it started to feel strange to him, letting somebody else sing his thoughts. In 2016 he decided to give singing a try, it wasn’t an easy ride; every day, over the course of three years, he worked on his voice and songs in the solitude of his room.