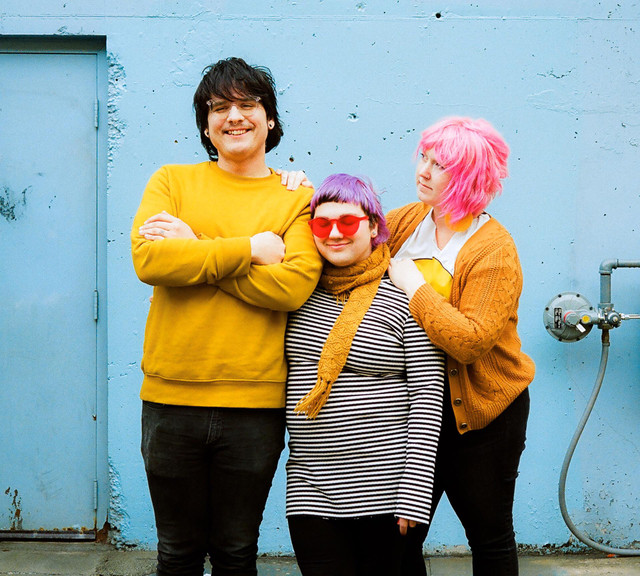 “Cold air, cold hand, bated breath, unexpected tryst.”   The opening lines of Termination Dust’s new album Growing Down says a lot about how the three-piece first came to exist. In the chill of Anchorage, Alaska, the independent music community is thriving and healthy despite the cities isolation and moderate population. Because there’s just not that many people around, shows up there are always mixed bills; indie bands playing alongside metal bands opening for folk/acoustic acts is honestly the norm. It was at one of those shows that Jaybird Parkhurst (she/her) and Stefanie Vigoren (she/her) first met, and after a broken finger prevented Jaybird from playing guitar on a tour at the time, Steffi stepped in to help.   The duo’s bond was immediate, and they formed Termination Dust shortly after; neither had really played electric guitar or had much touring experience, but they’d go on to learn together.   The band’s debut album Familiar Eyes was released in 2016, and not long after came an opportunity to open up for Modest Mouse. This caught the attention of Glacial Pace Recordings and Jaybird and Steffi continued to grow. It also helped them recognize what they needed in future bandmates; when drummer Matt Harris (he/him) reached out asking Termination Dust to go on tour with (his) band Granddad. They realized they didn’t have a drummer for the tour, he offered to play with them and things just clicked from there.   Termination Dust is heading back out on tour January 30th 2020