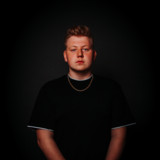 Leonhard Barollo, more famous under his artist name Ragunde is a 19 year old DJ & Producer from Germany, on the way to the peak of the EDM scene.   Early releases on SoundCloud in the year of 2017 made him famous in the Bigroom community, as seen by several collaborations, for example with Blaze U or DVSTR and many other Artists.   In 2018, Ragunde continued developing and evolving his Bigroom style by working together with ROAFF with whome he created the track White Rabbit. Then Zabrosa followed in August which combined his signature style with a hard dance kick in the second drop. The peak of the year marked the release of Dynamite together with youngster TBR on Quartzo which took both participants a big step forward and gained a lot of recognition in the community.   Starting out the following year with huge expectations, Don't Leave Me which was made together with ROAFF has been released. A week later, Spacebound with EMKR marked his second release on Quartzo Recordings and also a little change in his signature sound by adding Trance elements in the track. Feel It, still one of his favorites was another breakthrough, released on Loca Recordings, on which he kept releasing Illusion (Radio Edit) together with TBR in the end of October on the occasion of the Amsterdam Dance Event.   Ragunde is rising higher and higher in the EDM-Scene and finally got to release Test Track with ANG on his dream label Revealed Recordings in 2020. And be sure, more is yet to come!