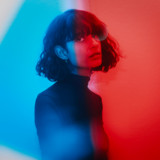 Born in Cape Town, raised and based in the Netherlands; singer-songwriter Lisa Lukaszczyk forms the creative foundation for her band Luka. Inspired by artists such as Lianne La Havas, Feist and Bon Iver, Luka exhibits a sound with touches of dreamy electro-pop, folk and soul. With only two people on stage, Luka’s live shows have proven a ‘not-to-miss’ on festivals across Europe.

After the successfully self-released debut EP ‘Welcome, Generation Everything’ early 2018 and her Sofar Sounds session for single River going viral (300k+ views) 2019 was all about writing and recording new music. Hidden away in the renowned Wisseloord Studios with producer Wannes Salomé (Klangstof) and studio engineer Sam Jones (a.o. Luwten, Klangstof, Kim Janssen) Luka recorded her debut album. Songs about how to stay centered in a society that’s always rushing. About dealing with the daily distractions and endless opportunities this generation has to offer. These songs are Luka’s personal reminders to take a step back, watch and witness every once in a while, yet they seem to have an equally strong impact on her audiences. Debut album ‘First Steps Of Letting Go’ was released in October 2020 via Snowstar Records / Tugboat Records (Japan) and got raving reviews in press and heavy support by Spotify (a.o. NMF playlist, Chill Mode On playlist) and NPO 3FM, NPO Radio 2 & Kink FM in the Netherlands. Luka performed ESNS 21 and we’ll be on tour throughout the Netherlands in October 2021.