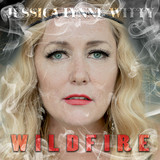 Internationally touring, Nashville recording artist Jessica Lynne Witty moved to the U.S. from Denmark in 2010 and immediately took the Pacific Northwest by storm. She has opened for National Acts such as Diamond Rio, Dustin Lynch, Keith Anderson, and Trace Adkins, played legendary stages such as the Gorge Amphitheater and the Oregon Jamboree in addition to taking top honors as the Washington State Winner of the Texaco Country Showdown. With her latest Nashville recording "Crazy On The Outside” now being played nationally on country radio, it is clear we can expect big things from Jessica Lynne Witty.