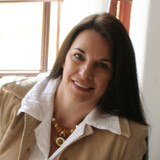 The professional singing career of Charlie Dicks started in 1982 with the recording of a former known seven single. A long player soon followed and after hard work the music industry started taking note of this new artist whose popularity with audiences increased. In 1986 she was heard on the country hit parade for the first time with her hit song "Medals for mothers". Several other hits like "Green to Blue", "Walking piece of heaven" and "It's a lovely lovely world" followed which firmly placed her foot in the door of the South African music industry. When Charlie speaks about her music career of over 30 years, it is clear that there are several highlights in her colorful career. The success of the song "Medals for Mothers", which had been a number one hit on most radio hit parades, is a highlight that stands out immediately.. The highlight that towers above all others, is the release of her first full length gospel album. This marked a new phase in her career which was also the beginning of a music ministry. "No achievement or title can bring more joy than just knowing that, despite all one's flaws and defects, one can serve as instrument in God's great symphony" says Charlie. Charlie's belief about Christianity comes without hesitation: "You are Christian in all facets of your life and should live it, in everything you do," and this clearly reflects in the music that she loves to share with her audience.