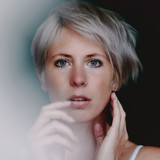 Jazz Morley is a British singer-songwriter making waves with her beautiful soul-influenced electronica. In 2016, Jazz self released her single ‘Bad Love’ and ‘Take Me Down’ which

gained immediate international praise from NYLON, Billboard, BBC Introducing, KCRW well as playlisting across Apple Music and Spotify. Continuing to release her music independently, seeing streams surge into the millions, 2017 continued her upward trajectory. Along with sell out shows in London and Bournemouth, Jazz’s single ‘Safe Place’ was supported by legendary tastemaker Jo Whiley on BBC Radio 2 as well as being playlisted at Radio 1 as their BBC Introducing Track Of The Week. The year was rounded off perfectly, with a stunning session on BBC Radio 4 Loose Ends performing her magical cover of Last Christmas. 2018 hasn’t let up and has been Jazz’s most exciting year to date. After a hugely successful showcase at MusExpo in Hollywood, which was funded and supported by the PRS Foundation, Jazz secured representation from music industry legend and UTA Head of Music, Neil Warnock. Since then, Jazz has gone on to perform at Hyde Park, The Royal Albert Hall and Kew Gardens in line with her music continuing to find support at national radio and online. Elton John has recently proclaimed himself a fan on his Beats 1 show ‘Rocket Hour’ highlighting Jazz as ‘representative of the future of new music’. Now, who are we to argue with that! 2019 already looks set to be another stellar year for Jazz Morley.