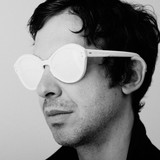 Alexis Georgopoulos, known as Arp, is an artist - producer - DJ based in Brooklyn, New York. Over the course of some 10 discrete albums as a solo artist and collaborator, he has continually pursued new concepts and occupied diverse mindsets,