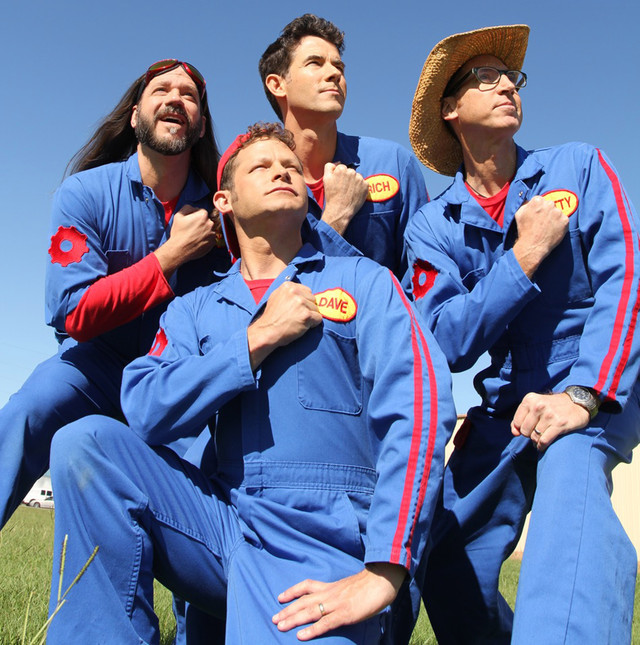 The Imagination Movers story is the ultimate example of the power of imagination. In 2003, four New Orleans friends – Rich Collins, Scott Durbin, Dave Poche, & Scott “Smitty” Smith – had an idea. They thought kids wanted and deserved music that spoke to them, not down to them. So, they started writing songs & brainstorming ideas about a children’s TV show.

When the levees broke after Hurricane Katrina, the far-reaching disaster turned the Movers’ world upside down, but it didn’t put an end to their dream. Three members lost everything and Smith reported to his day job as a firefighter & first responder – they never stopped living according to the Movers’ motto: “Reach high, think big, work hard, have fun!”