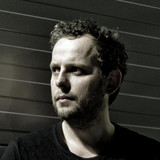 With releases and collaborations on lauded outlets like Tectonic, Shitkatapult, Bpitch Control, Cold Rec and 50Weapons,

via which he put out the seminal album Black Boulder, Phon.o has been privileged to work with some of electronic music's flashiest names: Diplo, Modeselektor, Funkstörung, Mixhell, Apparat, Sinkane ... Phon.o began playing records with his friend Apparat in the early 90s, in the darkest reaches of former East Germany’s Harz mountains. It wasn't until they both moved to Berlin in the early 2000s, though, that he started to make a name for himself – soon after, he started cranking out EPs via Californian label Cytrax and his newly found home collective, Shitkatapult. On both his own productions and as a DJ, Phon.o’s aesthetic tends toward bricolage. His ecstatic sets range from the digital and glitchy to the deeply moving and highly energetic, encompassing a mishmash of sounds drawn from hip hop, dub, baltimore, house, dubstep, and techno. He has toured Europe, Asia, and America and was rewarded with a residency at Berlin's most (in)famous club. In 2016, Phon.o released »Fractions«, another EP for Bpitch Control, as well as the stripped down UK-club EP Afterglow for Pinch's legendary dub empire Tectonic. 2017 saw the delivery of »Schutt und Asche«, a 12” of the techno breed, via Cold Recordings. In 2018 he released a highly anticipated ambient/noise EP »Slow as Fog«. Phon.o prepares a bunch of delicate release for 2019. So watch out.