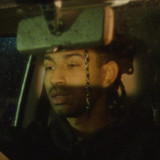 Xadi is a West London musician, rapper, and producer, who has begun to garner a reputation for his unique songwriting ability and honest, soulful lyrical expression. His music is versatile and not easily categorised, deftly blending elements of hip-hop, R&B, jazz, grime and many other genres. Xadi taught himself how to play the guitar at the age of thirteen using YouTube and has since taken the ‘do it yourself’ attitude forward into his current musical creations. All of Xadi’s work to date has been self-produced, mixed and mastered, allowing him to be totally independent and in control of his creative visions. Xadi's work has drawn airplay and support from DJs on leading platforms such as Radio 1, BBC 1xtra, Reprezent, Rinse, NTS, Balamii, No Signal and Foundation FM, and from tastemakers such as Twin B, Lily Mercer, Jyoty and Jamz Supernova. He has also picked up press coverage from the likes of The Guardian, Complex, Clash, Noctis, Wordplay Magazine, Off The Block, The Pit LDN, Have You Heard, Mission Statement Magazine and more. Xadi is at a very interesting point now in the first quarter 2021, with his sound developing with each of his releases and more eyes than ever paying attention to his work. At the turn of the year, he was selected to be a part of Reprezent Radio's 'Facing Forward 2021' campaign, highlighting artists to watch over the year, and also made iluvlive's 2021 Hotlist Top 10. He was also made a BBC Introducing 'Artist of the Week' in March.