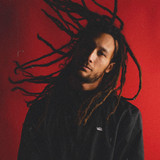 Henry Fong is an acclaimed, unstoppable force and venerated talent in the electronic dance music landscape, who has seen an immense amount of success with his hard-hitting take on various electronic genres over the course of his decade-long career. Over time, he’s experienced several pivotal career points, such as his groundbreaking hit ‘Rave Tool’, which garnered staunch support from the likes of DJ Snake, Skrillex, and Dillon Francis to name a few. The DJ/producer has collaborated with top acts including Hardwell, R3HAB, Deorro, and Rome (from SUBLIME with Rome) and scored remixes for Calvin Harris & Rihanna, and DJ Snake. A trailblazing pioneer with a keen eye for fresh talent, he’s also paved the way for up-and-coming musicians to foster their creativity through his very-own Banzai Records imprint, which was founded by Fong in 2015.