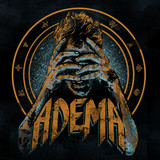 Adema is a post-grunge, alternative metal band with heavy electronica influence who began their musical adventure together in 1998 in Bakersfield and as their original lineup of Dave DeRoo, Kris Kohls, Mike Ransom, Tim Fluckey, and Mark Chavez released full-length albums Adema, Unstable, and EP Insomniac’s Dream. During this time they found themselves sharing the stage alongside of some of rock’s biggest acts at the time. After Unstable, the band found itself facing major roadblocks in their future. The most impactful being the departure of two founding members, lead vocalist Mark Chavez, and guitarist Mike Ransom. Remaining members Tim, Dave, and Kris showed exceptional resilience through the years, managing to secure a second record deal with Earache Records, continuing to tour, and releasing full-length records Planets and Kill the Headlights, followed by EP Topple the Giants. 2010 brought us their first reunion as the original 5 members. Chavez left the group, and then again in 2017 they got back together until Chavez refused several tour offers. Kris Kohls called long-time friend of the band, Ryan Shuck (Orgy, Julien-K, Dead By Sunrise). With their first major tour announced in the Fall of 2019 the band proved that it was still a relevant touring act playing to packed venues throughout North America. Adema is currently planning its first major single release & music video for “Ready To Die” in AUG 2021, and leaving for a major North American tour in SEPT.