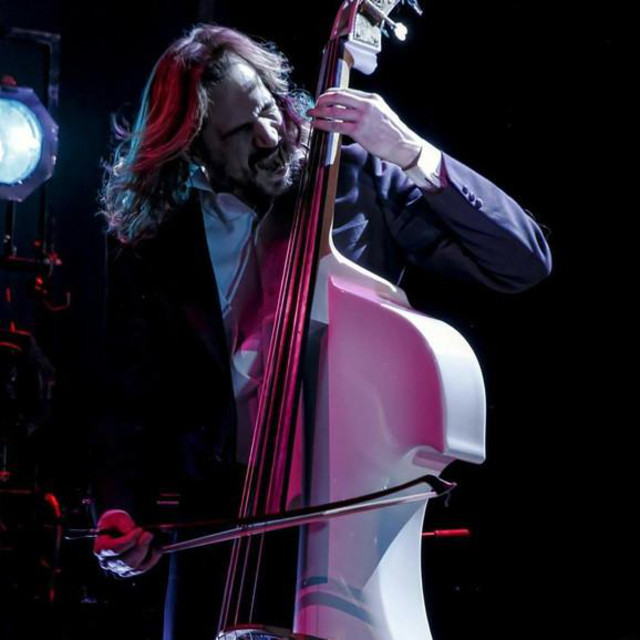 Andy Benz is part of the new generation of classical musicians. He studied blues, jazz and soul in the music school of Bernadotteskolen and in his teens his interest for the double bass led him to study classical music with Mette Hanskov of The Royal Danish Orchestra at the The Royal Academy of Music in Copenhagen. His passion for exploring new and original approaches to making music with the double bass, has lead him to work with electric upright basses, live-looping and other electronics. Often composing for performance art, contact improvisation, other dance styles and theatre. With the release in 2009 of his live-looping solo album "Flowing in Circles" he made a powerful musical statement. The album was produced by Jonas Gülstorff. ”Andy Benz sounds like Arvo Pärt on acid”. Frankfurter Allgemeine “Once, Denmark had one of the world's best bass players, Niels-Henning Ørsted Pedersen. And now DK has another one. His name is Andy Benz and on his debut cd, Andy paints beautiful melodious dreams worthy of both Mike Oldfield and Vangelis. Henning Høeg - BT Using only the bass and a loop-machine, he mixed elements of electronic music, with his sublime instrumental knowledge, into his own style. With live-looping and effects, he found a way to dig even deeper into the double bass role as a modern solo instrument. In february 2016 he released the self-produced 2nd Andy Benz album titled ”Disciples”.