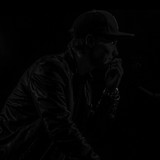 Elegant, dreamy and shimmering slice of disco-infused, loungey electronic pop. Moving along a deep but downtempo disco groove, this is sunny, summery and funky slice of laid-back and loungey electronic-pop. That is one of the ways to describe the sound of Quite Vice, a music project formed in Aarhus, Denmark - Heavily inspired by sci-fi, nu-disco and the 90s-00s French house scene. Quite Vice was formed in the summer of 2018 with the first release of 6+4+3=2; an instrumental EP with sounds of arpeggiated synths and heavy downbeat drums. Within this EP you can find the early hint of Quite Vice's love for disco. The Debut Album; Bedrock, displays a mix between the electronic elements of electronica and the human elements of disco & funk. The album contains songs more fully composed but also song of a more experimental character. The more recent releases of singles shows the direction of the music going more and more towards downright disco and funk, with clear inspiration from Daft Punk, Breakbot, Earth, Wind & Fire and Nile Rodgers