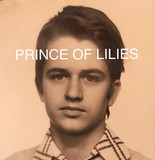 Sounding like they could have come out of Seattle in the ‘90s, Prince Of Lilies from the island of Crete in Greece, are busting out raw, distorted, four-chord epics equal parts old school and new. Being described by the UK press as “Nirvana meets Hüsker Dü” and “The sound of Kings Of Leon being abused by Nirvana”, Prince Of Lilies fuse grunge, punk, and thrashing garage rock and takes indie rock and gives it a well deserved punch in the face leaving it bloodied, raw and stunned - replacing the smug self awareness with an injection of rock n roll spirit.   Their debut album VENT (out September 24, 2021 via Grunge Pop Records), was recorded on analog tape in just two days by Steve Albini, (Nirvana, Iggy Pop & The Stooges, Pixies, Fugazi), and is the kind of album that lets you believe in the power of passionate rock music again. Echoing the likes of Nirvana's debut record or the early Tad and Mudhoney material - or anything for that matter on the early Sub Pop catalogue - these are dynamic pop songs with a hardcore edge, replacing slickness for a gritty live feel and punk attitude, managing to sound like the band is actually in the corner of your room threatening to tear a hole in your speakers.