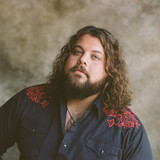 Since unleashing his critically acclaimed 2018 debut, Hell On An Angel, he’s toured with everyone from Lynyrd Skynyrd and Trace Adkins to Dwight Yoakam and Justin Moore, written a song for Travis Tritt’s latest album, racked up millions of streams on Spotify, gone viral on TikTok, and even gotten engaged. And while you might have expected the cancellation of a year’s worth of tour dates to slow him down, Carmichael instead used his pandemic downtime to head right back into the studio and record Hot Beer, a brand new collection of high-energy, feel-good country. “I felt like my catalog could use a little more fun in it,” says Carmichael. “I wanted to make something faster, something looser, something that’d leave you with a smile.” Recorded with producers Jon Pardi and Ryan Gore, Dan Huff, Chris LaCorte, and Phil O’Donnell, Hot Beer is all sly humor and raw heart, with tongue-in-cheek lyrics and double entendres around every corner. Carmichael’s rich baritone (described by NPR as a “deep holler” and praised by the NY Times as moving “with the heft and certainty of a tractor-trailer”) is still very much front and center here, but there’s a newfound playfulness to his delivery that manages to offer up a knowing wink even as it breaks your heart. It’s a delicate tightrope for any artist to walk, but if Hot Beer proves anything, it’s that Dillon Carmichael is a songwriter who knows how to have some serious fun.