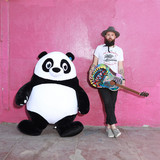 It’s said the cells in your body replace themselves every decade or so. After 11 albums, two EPs and 17 years as a singer-songwriter, Leeroy Stagger has been wondering if maybe the soul works the same way. Ten years sober, with two kids, a home in Victoria and a world-class recording studio to go with it, he’s far removed from the hard-living twenty-something who started on this musical path. As far as Stagger can see, they aren’t even the same person. Songs of environmental degradation, greedy land developers, Christmas songs about Junkies and Alcoholics, songs about race wars in America, modern day dust bowl songs of fleeing political ideology, break up songs and songs honouring my dead friends. It all seems a bit much on paper, but I think we’ve honoured it all in a very beautiful, relevant, and artistic way. Recorded at the famous Afterlife Studios in Vancouver accidentally during the kickoff of a global pandemic, Dystopian Weekends is scheduled for release October 1st, 2021.