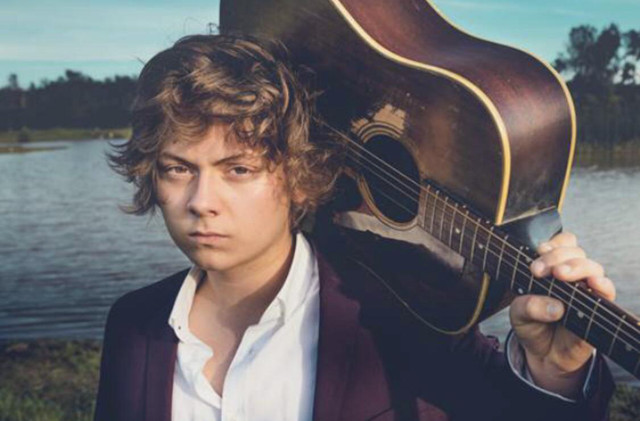 Christian Gisborne is an independent singer/songwriter, multi-instrumentalist, producer and founder, and lead singer, guitarist and keyboardist of Velvet Starlings. Gisborne is known for a powerful 60s era Eric Burdon influenced vocal style and a commanding and dynamic stage presence inviting media & industry insider comparisons to Jack White and Ty Segall. Early musical influences include artists such as The Beatles, The Who and The Doors.   2019 kicked off with a sold-out show supporting Barns Courtney in Los Angeles. In May 2019, Sound x 3 /Rock N Rolla Records released the much anticipated follow up mini-album, Love Everything, Love Everyone. The album was produced and written by Christian Gisborne and Roger Gisborne in Los Angeles, with engineering and mixing by Josiah Mazzaschi (Smashing Pumpkins, The Kills, Jesus & Mary Chain and Deep Valley) and mastering by Brian Lucy (Cage The Elephant, Black Keys, Beck, Arctic Monkeys), who also mastered the self-titled EP   The mini-album adopts a slightly heavier sound, mirroring the dynamic live performance, and is lyrically and sonically the next step in the evolution of the Velvet Starlings’ sound. The first single, Kids in Droves (released Summer, 2019), speaks to an era where “everyone spends all of their time on devices ‘liking’ and ‘loving’ everything," says Christian Gisborne. Kids in Droves received favorable reviews and airplay in the USA or radio KROQ, Sirius XM, 91x and KCSN) as well as BBC Radio in UK