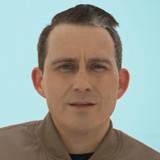 Curtis “Unkle” Adams is a Canadian rapper based in Regina, Saskatchewan, Canada. Drawn to hip-hop in his early teens after hearing an Ice Cube CD, Adams began experimenting as a freestyle MC, eventually working out his own distinctive style based on positivity and inspiration. Having a nephew who is actually ten days older than him, he naturally earned his "uncle" nickname and eventually chose Unkle Adams as his stage name. By 2013 he'd begun releasing singles, beginning with "One of a Kind" and the powerful I Am Stronger, an anti-bullying anthem that would become a centerpiece in his motivational work. Over the next few years, Adams would begin a prolific run, releasing his debut album, Humble Beginnings, in 2014 followed a year later by Pulse, then his third album, Planting Seeds, in 2016. In that same year, he released his most streamed song, Original. In 2018, Unk released Oxygen, a song that he felt spiritually inspired to write after the passing of XXXTENTACION. Unkle Adams released a discussion-provoking video series called The AT LEAST A MILLION Mission on YouTube in 2017, in which he films and discusses his real life "ups and downs" in the music industry. Working on and off as a heavy-equipment operator, Adams funded and self-released all of his material, displaying a work ethic that has become central to his identity.