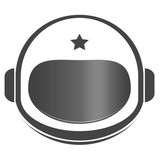 COSMONAUT was one of the first electronic music artists who has been successfully pulling in big crowds all over Eastern Europe and Russia. For over two decades his mission has been to transport the masses to a vivid alternate realm of electronic music. His DJ and production career started in early 90s followed by several releases and a global success of the tracks "Plasma" and "Boctok5" (Transient rec. UK, 1997) secured leading positions in the TOP 10 of the Paul Oakenfold's chart (DJ Mag's #1 1998-1999). In the meantime, Cosmonaut gained nationwide recognition and performed on many events, including big festivals such as Love Parade and KaZantip, sharing stage with many leading artists such as The Prodigy, Underworld, Paul Van Dyk, Mark Knight. He is also known as the progressive & techno hero of Goa. Every Cosmonaut's set is an explosive for the dance floor. He uses modern tools for real time music making and remixing, combining tunes, loops, synths and fx to build his unique impulsive sound. Currently, Cosmonaut is well-known for his weekly show MegaBeat on FM stations in over 100 cities of Russia & Eastern Europe, and for his top quality sound production following by top-selling releases on Outta Limits, Stellar Fountain, SkyTop and other labels.