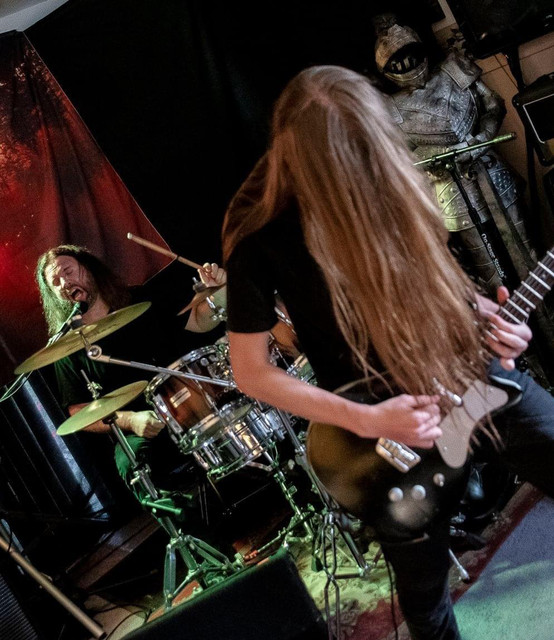 Widetrack is the musical partnership of Ron Tippin and his 16 year-old son, Zach.   The band's "Alterna-Prog" sound strikes a balance between the moody-deep undertones of such progressive groups as Pink Floyd, Radiohead, Porcupine Tree, The Mars Volta, etc., with a heaviness of alternative and hard rock bands like Soundgarden, Queens Of The Stone Age, Tool, STP, etc.   Beginning in January 2019, the father-son team wrote, recorded and released one new song each month, marking Zach's debut as a songwriter and recording engineer, as well as the first time Ron has written Widetrack music with another person.   The twelve songs comprise Widetrack's fourth album, The Unwakening, released on April 23rd, 2020 (Zach's 16th birthday).   The band was in the process of booking live dates throughout 2020, but those plans have been put on hold, due to the current pandemic crisis. In the meantime, they are writing, recording and playing live streaming performances.   For more information: Ron@WidetrackMusic.com