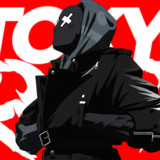 US Electronic musician TOKYO ROSE, began their journey in early 2014 with their infamous Outrun EP Chases. In a short span of time they were dubbed the “Beast of Outrun” paving the road for many in the Synthwave genre. TOKYO ROSE, along side Scottish-born artist ALEX helped pioneer the “Darkwave” scene with their joint albums Akuma & Akuma II. They are also no strangers to Billboard and Bandcamp either, with Akuma & Akuma II both charting at #15 & #5 on Billboard. As well as #1 on Bandcamp with nearly every release including their debut LP, The Chase: Last Run. Now with their mysterious and tantalizing new branding, TOKYO ROSE has commenced a new journey exploring new territories and breaking new barriers.