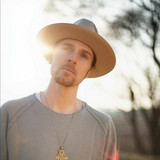 Goldkimono is a vibe. A frequency, to be more specific. Sonic vibrations moving through the airwaves to the beat of 90s hip-hop at the speed of island time. Call it a feeling, an aesthetic, or a mood, to Dutch producer/writer/artist Tienus Konijnenburg, “It’s all energy.” Waves gently washing over the sand, a skateboard wheel hitting the pavement on the Venice Beach boardwalk, steel strings moving over the wood of his guitar - the sound of Goldkimono is tangible.  His debut single “To Tomorrow,” produced by Crada (Drake, Kid Cudi, Kendrick Lamar) is the perfect introduction to the project’s intention, “It’s traveler’s music,” says Tienus. “To Tomorrow” listens like a love letter to his time living in Venice, California where skating, making music, and hanging by the beach with friends flowed like the carefree feeling of youth. The song’s melody breathes life into nostalgic lyrics that ultimately ground its listener in the present moment. The songwriter’s success, whose credits include Kygo’s “Firestone,” is found in his perspective, viewing music as a resource rather than a product.  “Music is life giving. It’s like water. Water seeps through and brings life to everything,” says Tienus. “That's what music does for me. “What do I want people to feel? I want people to feel good. I don't want to bring them down, I want to build them up. I want to be in service of that - in service to people through music.”