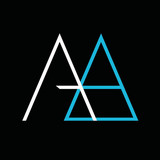 “Futurist RnB laced with Rock”   APRIL BLUE's songs of life, lust and loneliness spring from a bed of brooding electronic soundscapes. Frontman Ozz LP's soulful vocals drive the music through scenes of lullaby and desperation, finding their perfect compliment in the deep rhymes of rapper Ian Morcher. Meanwhile, the sultry grooves of the band masterfully walk the line between laid back sleaze and gritty Rock.   Their original sound has earned them recognition as 'Best Pop Artist' at the NMG awards, 'Slickest Sound' at the NVMAs and backing from BBC Introducing, where their third single Valentine featured as track of the week. Debut album Pop Girls Etc. is “fresh, vibrant and exciting” says David Durant of Brooklands Radio, whilst Edward Adoo of BBC Three Counties described APRIL BLUE as “amazing”. Their live show is both energetic and moving in equal measure. Songs weave together to create an immersive musical experience that is at once entertaining and emotionally engaging, as their dynamic sound and musical dexterity finds its foundation in heartfelt and sincere songwriting.   The four piece take their inspiration from an array of artists such as The 1975, The Weeknd and Royal Blood, drawing on their varied musical backgrounds to fuse genres and create a sound all their own. APRIL BLUE's sonic exploration knows no bounds. They are a Rock band with an RnB heart. Let yourself be seduced.