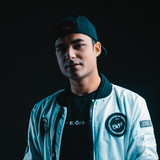 The Second Level (Daniel Helenius) is a DJ / producer from Helsinki, Finland. His music could be described as dance without genre limits. Daniel played his first DJ shows in 2013 and won a mixtape competition organized by a local club in Helsinki from where he was discovered by promoters who gave The Second Level a chance to support Guetta at his big outdoor concert in Estonia 2014 summer.

At Weekend Festival 2015 The Second Level played a closing finale for 30.000 people and was also credited in the festival’s after movie. The Second Level released his first single Monday feat. Lola Loog in 2016, and his Sun Comes Up -single featuring vocal by Estonian pop star Ariadne and it was quickly picked up by Estonian radios and was listed on Top100 tracks in Finland and Estonia in Spotify in 2017. 2020 The Second Level released a single 'Stay' with Norwegian dj-superstar Tungevaag which features beautiful vocals by MVRT, the winner of The Voice of Poland TV format. The song breached the 1 million Spotify streams in 2 months after the release. In the summer of 2020 The Second Level released a classic dance cover 'Lemon tree' with Norwegian artists Minus Manus & Jemme and signed as an artist for Warner Music. After the success of Lemon Tree The Second Level continues collaboration with Minus Manus on his new single 'French' which is a fun dance tune essential to any dancefloor.