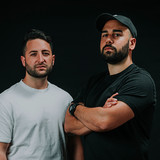 D'Amico & Valax is an Italian electro duo born in 2018 from an intense collaboration between Enrico D'Amico and Bruno Valastro aka Valax , who by mixing their ideas, create a quality and innovative sound, based on an Electro House style and Future - Pop. The duo, after having released some remixes at the beginning of their career, in particular on Sony Music Italia of the single "Love U More" of the Hotel Saint George, group, releases a series of singles in rotation right away on national radio stations such as RADIO 105, VIVA FM, ONE DANCE, M2O, STUDIO PIU ', RADIO COMPANY and many others. In their discography, the collaboration with